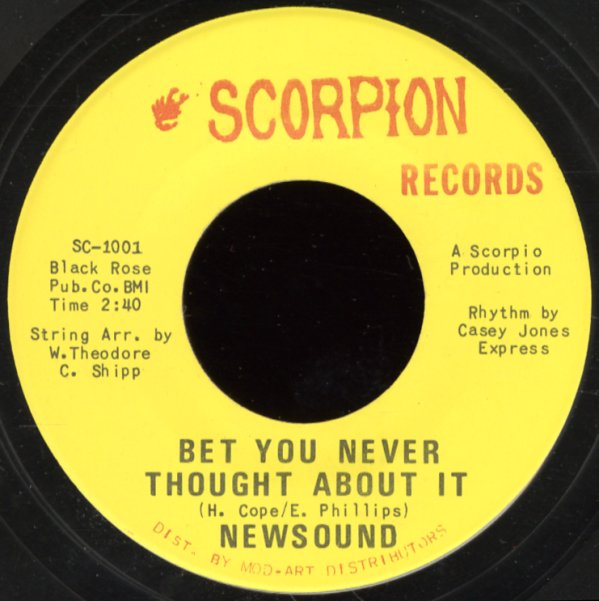 Harmony soul from the Chicago 70s underground – 2 nice tracks from the Newsounds, who may or may not be the same group that recorded for All Platinum around the same time. "Bet You Never Thought About It" is a nicely stepping tune with a bubbling Chicago soul groove – and "Just One Time" is sadder and sweeter, a nice mellow track.  © 1996-2021, Dusty Groove, Inc.
(Yellow label pressing. Labels are lightly aged.)