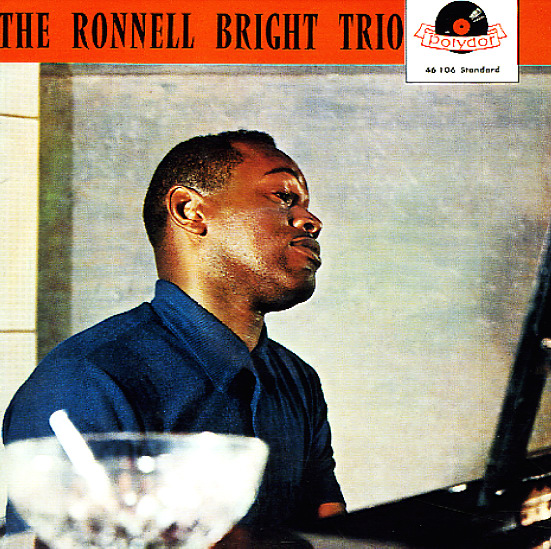 One of the few albums ever cut as a leader by pianist Ronnell Bright – a player best known for his accompaniment behind famous vocalists, like Sarah Vaughan and Nancy Wilson – but who's also a jell of a jazz musician when he gets to shine on his own! This rare date was cut in Paris – at a time when Bright was visiting the city with Vaughan – and it's a stripped-down trio date with a nicely relaxed feel – one that has Bright really opening up on the keys, in ways you don't always hear on his material with singers. Other players in the trio include Richard Davis on bass and Art Morgan on drums – and titles include "Johnnie Pate's Blues", "Sail Em", "Doxology", "Chasing Sarah", and "R&R Groove".  © 1996-2023, Dusty Groove, Inc.
(Limited edition! Beautiful pressing – 180 gram vinyl, pressed at Pallas, in a flipback cover, with insert!)

Afternoon In Paris (180 gram pressing)
Versailles/Sam Records (France), 1956. New Copy (reissue)
LP...$32.99 39.99
We would gladly trade every other John Lewis album for a copy of this album – because the album's a treasure all the way through – and a really unique set, with a really unique feel! The session features Lewis' piano in the company of a hip French group that includes Sasha Distel on ... LP, Vinyl record album

Sadao Watanabe Plays
Polydor/Universal (Japan), 1965. New Copy (reissue)
LP...$47.99 54.99
A beautiful early album from Sadao Watanabe – a Polydor session recorded before some of his better-known albums for Takt/Columbia, but done with a similar mix of soul jazz and bossa influences! Watanabe's horn has really sharpened up from his already-great earlier sides – and he's ... LP, Vinyl record album