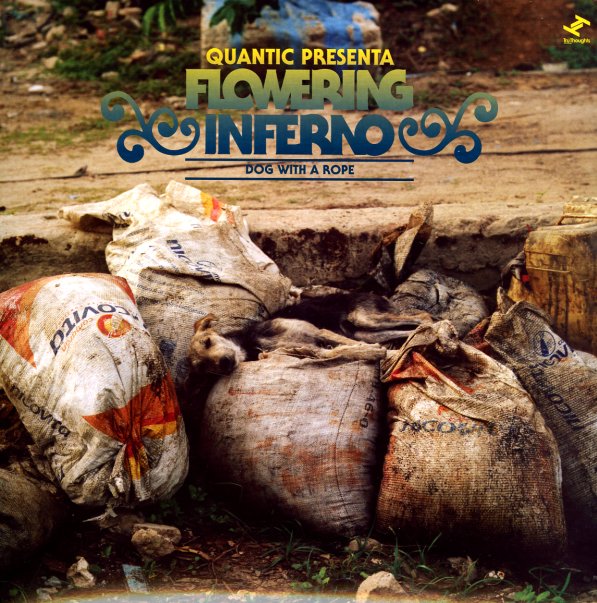 Dog With A Rope

Will Holland returns to Quantic's Colombian and other points Caribbean inspirations with an excellent album by his Flowering Inferno group – rhythms, moods and aural atmosphere that's mixes the music of the Antilles with neighboring Colombia , as well as vibes from Jamaica, Trinidad and Cuba – all with a joyful Quantic twist! The stew of tropical funk, percussion and rhythmic mastery turned out more beautifully than we imagined on the Death Of The Revolution debut, and if anything it feels even more natural on Dog With A Rope – and it probably is! Holland recorded, produced and mixed the set with a sure hand a live feel for the most part, as well as playing some piano, rhythm guitar, accordion, organ and more – again recording in Cali, Colombia with a wonderful group of of players contributing bongo, maraca, timbales, drums and other percussion, bass, trumpet and pocket trumpet, sax, piano and vocals. Titles include "Dog With A Rope", "Dub Y Guaguanco", "Swing Easy", "Portada" Del Mar", "Cumbia Sobre El Mar", "Echate Pa'lla" (plus Version), "TE Pico El Yaibi" (plus Version), "No Soy Del Valle" and more.  © 1996-2021, Dusty Groove, Inc.
(Out of print.)

Life Shines EP
Hi Five (Germany), 2011. Used
CD...$0.99
A great German combo, and one with almost as much jazz as funk in the mix – quite a nice change from the usual group of this nature! There's a warm glow to the record right from the start – a vibe that comes from the tight trumpet lines of Michael Voss, who also sings a bit – and ... CD