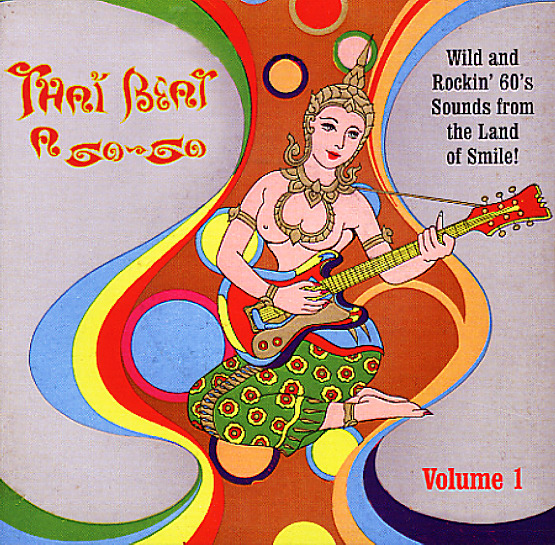 Driving rhythms, rave-up guitar licks, groovy mod organ and proto-psychedelic guitar – from 60s Thailand! The Thai Beat series shines a warm light on the rare rock from "the Land of Smile" – and it's a worthy endeavor! The freewheelin' sunshine 60s groove stretched all across the globe, and this series does a pretty incredible job of show just how far – on top of showcasing some worthy groovy music! 20 tracks in all: "Kratae" and "Gangsaen '66" by Johnny's Guitar, "Meow" by The Cat, "Yipmerdai" by Der Dong Dang, "Boongatanyon" and "James Bond Theme" by Son Of PM, "Louise Kennedy" by Poo Yai Lee, "Kaw-Liga" by Silver Sand, "Yom Pha Barn Norn Pahwaa (Satan's Nightmare)" by Paiboon and lots more!  © 1996-2021, Dusty Groove, Inc.
(Out of print.)