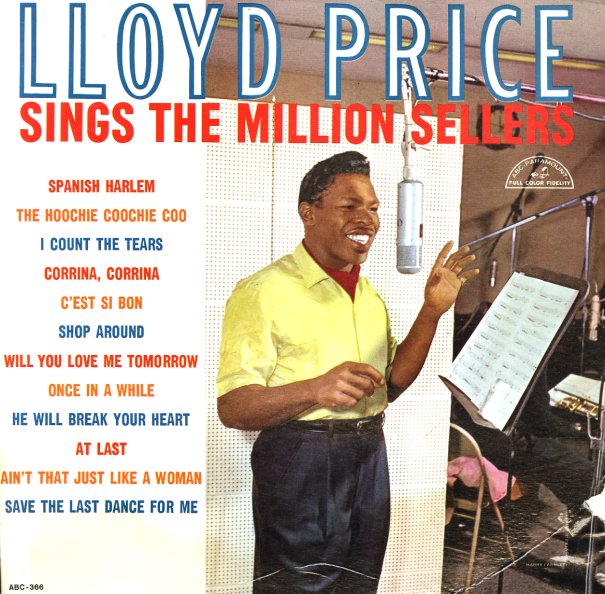 Lloyd Price turns his incredible voice to a batch of late 50s/early 60s pop hits – including a range of songs taken from other soul stars, made up by Lloyd into his own uniquely styled numbers – with that romping groove he does so well! Arrangements are by Gil Askey and played by Lloyd's group – and titles include "Spanish Harlem", "He Will Break Your Heart", "Ain't That Just Like A Woman", "Will You Love Me Tomorrow", and "At Last".  © 1996-2021, Dusty Groove, Inc.
(Original mono pressing. Back cover has a light stain, but front is nice – and vinyl is nice and clean!)