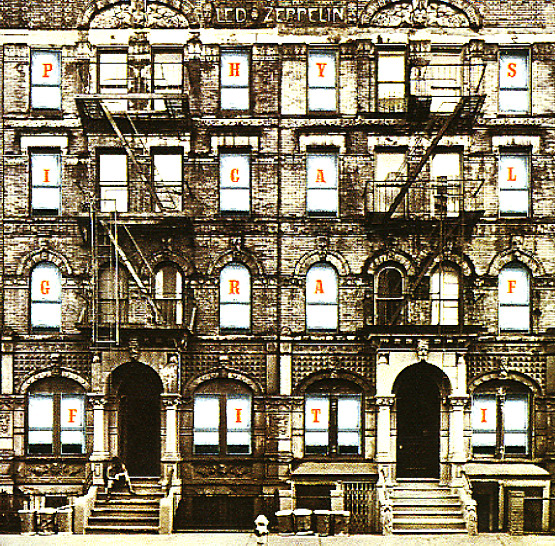 Led Zeppelin at their most sprawling – in both ambition and in the pacing – on the gargantuan Physical Graffiti! This is the album where they started bringing some odd synth textures to the sound, and it's to Zeppelin's eternal credit that this doesn't compromise their blues-reverent hard rock one bit! There's no better Zeppelin album when it comes to giving the fans what they want, while chasing the band's adventurous muses at the same time. Includes the classics "Kashmir", "Custard Pie", "Houses Of The Holy", "In The Light", "Ten Years Gone", "Boogie With Stu", "Sick Again" and more.  © 1996-2022, Dusty Groove, Inc.
(US Swan Song pressing with PR/AT etch, in the die-cut cover, with heavy inner sleeves and insert. Cover has surface wear, a lightly bent corner and clear tape down the spine.)

Archetypes (aka Projections)
Verve, Late 60s. Near Mint-
LP...$7.99
A stone cooker from the Blues Project – a fantastic mix of blues, folk, and pretty darn hard rocking guitar – all recorded with a sense of freedom that really lets the group open up and do their thing! The album's overflowing with great original Al Kooper tunes – and the set's ... LP, Vinyl record album