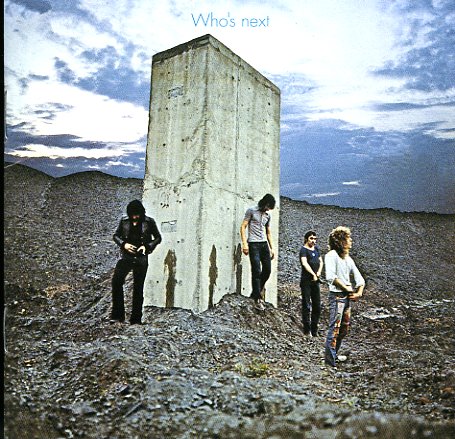 One of the greatest records ever by one of the greatest bands ever! The tracks of Who's Next are the stuff of legend – classics like "Baba O'Riley", "Bargain", "Going Mobile", "Behind Blue Eyes", and "Won't Get Fooled Again", tracks that show the group growing tremendously beyond their roots as mod rockers.  © 1996-2022, Dusty Groove, Inc.
(80s MCA rainbow label pressing. Cover has light wear, but looks great overall.)