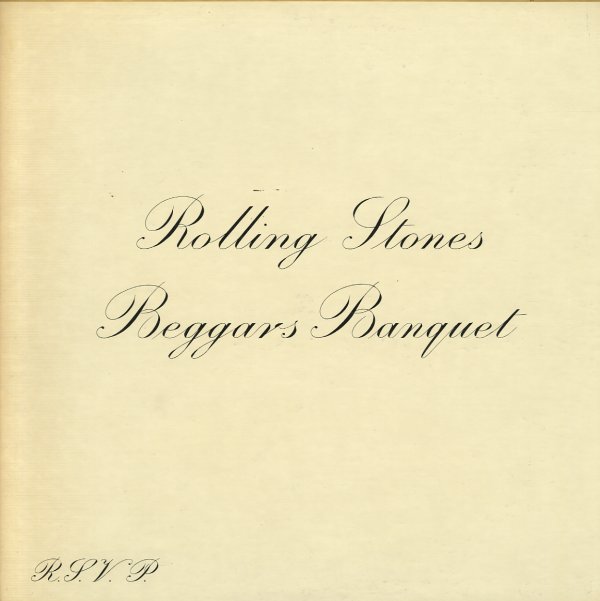 One of the greatest albums ever from The Rolling Stones – a set that still draws on all the bluesy roots of their best 60s material, yet which also shows a sharper, nastier edge as well! The album shows the tremendous sense of focus and power the Stones had in this crucial late 60s stretch – a bold step forward that would give them some of their most memorable moments ever, launched by this sublime set of tracks that includes "Sympathy For The Devil", "Street Fighting Man", "Dear Doctor", "Parachute Woman", "Prodigal Son", "Factory Girl", and "Stray Cat Blues".  © 1996-2023, Dusty Groove, Inc.
(Blue label stereo pressing with Jagger/Richards credits, in the gold border gatefold cover. Cover has light wear and staining at the top corner, and partially split top and bottom seams.)