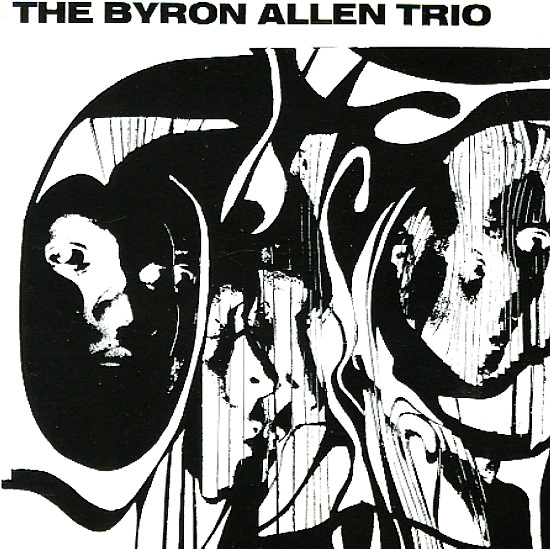 Beautifully free alto work from Byron Allen – a player who really shines brightly on this rare session for ESP Records – one of the few ever cut under his own name! Allen's got a style that's right up there with the 60s best from Ornette Coleman or Marion Brown – able to move with a fluidity that's breathless, even amidst rhythms that are very loose and open – as the trio here works in a style that almost echoes some of the harmelodic modes of Coleman, but which eventually pushes farther towards the freedoms of other artists on ESP! The set has some wonderful bass from Maceo Gilchrist, whose round, rolling tones really make the album sparkle – as do the punctuated drums of Ted Robinson. Titles include "Today's Blues Tomorrow", "Time Is Past", "Three Steps In The Right Direction", and "Decision For The Cole-Man".  © 1996-2021, Dusty Groove, Inc.
(Out of print.)

On Tour
ESP/Get Back (Italy), 1966. Used
CD...$5.99
Pretty far out work from pianist Burton Greene – working here on recordings pulled from the famous ESP tour of New York in the mid 60s! The performances feature Greene on piano and piano harp – in trio format with Steve Tintweiss on bass and Shelly Rusten on drums – both of whom ... CD

Bird In Time – Selected Recordings & Rare Interviews 1940 to 1947(4 CD set)
ESP, 1940s. Used 4 CDs
CD...$34.99
4CDs worth of rare Charlie Parker material – put together as a massive historic package! The set features a range of unusual sides with work by Bird – including his first demo recording, a Vic Damone studio session in KC, and work done with Jay McShann, Cootie Williams, and the Dizzy ... CD

Marzette Watts
ESP (Italy), 1966. Used
CD...$11.99
A vision of the future of avant garde jazz – recorded in 1966, and one of the most groundbreaking titles on the legendary ESP label! Saxophonist Marzette Watts is a player who hardly ever gets his due – but was part of the key new wave of younger players on the east coast scene of the ... CD

Signature
ESP, 2019. Used
CD...$12.99
Matthew Shipp seems more tuneful here than ever at times – still very much able to let loose with those fluid, unbridled lines that have always made his work on piano so breathtaking – but also maybe ready to pull back occasionally, and let his instrument resonate in these surprisingly ... CD

New Improvised Music From Buenos Aires
ESP, Mid 2010s. Used
CD...$6.99
They're not lying with the title – as the set features a rich array of underground improvised music recorded in Argentina in recent years – brought together by ESP Records at a level that almost rivals the way they exposed that scene in the 60s through their release of the Steve Lacy ... CD

Every Dog Has Its Day But It Doesn't Matter Because Fat Cat Is Getting Fatter
ESP, 2020. Used 2 CDs
CD...$9.99
That's Mat Walerian on the cover, looking all nice and spooky – but the group has a very down-to-earth, familiar trio at the core – Matthew Shipp on piano, William Parker on bass, and Hamid Drake on drums and percussion – players who really give the album a lot of well-grounded ... CD

Things Are Getting Better All The Time
Pablo/OJC, 1983. Used
CD...$6.99
A lesser-known later album from JJ Johnson – but a surprisingly great one too, recorded with a sense of fire and inspiration that's no doubt driven by the mighty Al Grey! At the time of this set, Johnson was hardly recording much jazz at all – but Grey was still burning strong, and ... CD