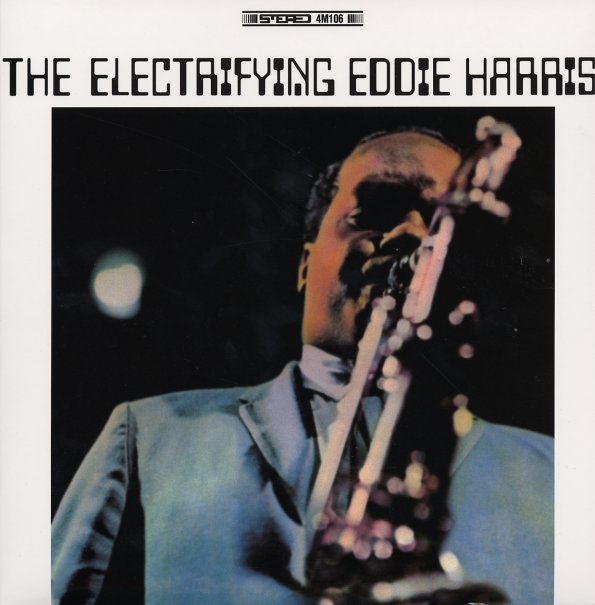 Electrifying Eddie Harris/Plug Me In

It's the late 60s, and Eddie's creating his famous electrified Varitone sound – unique among other soul jazz players in that it actually added a lot to Eddie's work, instead of detracted from it (as with some other boppers who briefly picked up the instrument.) The Varitone's cool flat tone works extremely well with the original tracks on Electrifying Eddie Harris – like the long version of "Listen Here", the groovy "Sham Time", the Latiny "Spanish Bull", or the incredible "Theme In Search Of A Movie", written by the great Chicago soul genius Charles Stepney. The album Plug Me In features Harris along with some fantastic arrangements by Stepney. Stepney's work on the album is amazing, and he contributes incredible touches like prepared piano and funky strings, both of which make the album one of the best that Harris ever did! Titles on the session include "Live Right Now", "It's Crazy", "Winter Meeting", and "Theme In Search Of A TV Commercial".  © 1996-2021, Dusty Groove, Inc.
(Out of print, punch through barcode & booklet.)

In Sound/Mean Greens
Atlantic/Rhino, 1965/1966. Used
CD...$6.99
Wow! We can never get enough of Eddie Harris. Despite all of the silly situations he's ended up in over the years, an album like In Sound still stands as a beautiful testament to all of the raw power in Eddie's playing. His tone is perfect, and totally unique – and he plays here with Cedar ... CD