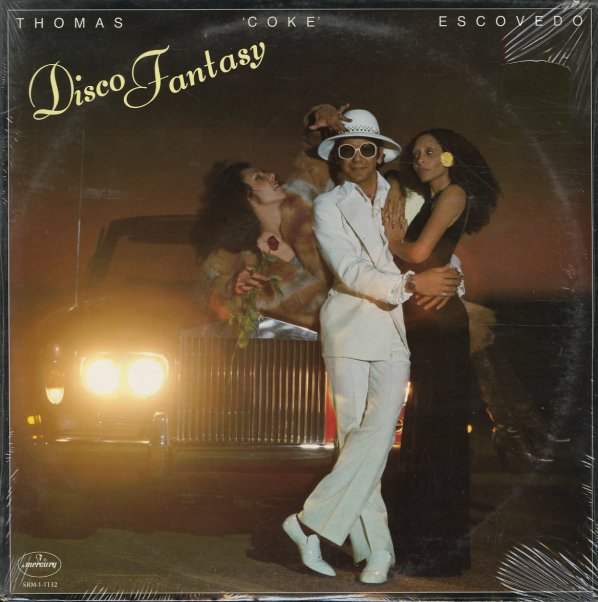 Not as strong as Coke's earlier work on Mercury – but not a bad album overall, thanks to some tight production work by Pat Gleeson, who's also most likely playing the cool keyboards on the record. Most of the tunes are aimed at the dancefloor – not really disco numbers, but the sort of fast funk jazz-based tunes that showed up in the later years of CTI and Kudu, especially on albums arranged by David Matthews. There's a female vocalist on most of the tracks, although she's not named in the notes – and titles include "Soul Support", "Won't You Gimme The Funk", "Who Do You Want To Love", "Trash Man", "Something Special", and "Hot Soul Single".  © 1996-2022, Dusty Groove, Inc.
(Cover has a cut corner and light wear, but looks great overall.)

Ji
Mercury, 1982. Near Mint-
LP...$7.99
The standout classic from Junior Giscombe – one of the more unique soul artists of his generation! The set's probably best known for its huge hit single "Mama Used To Say" – a killer cut with an incredibly catchy hook, and a groove that's lasted for years on 80s groove ... LP, Vinyl record album