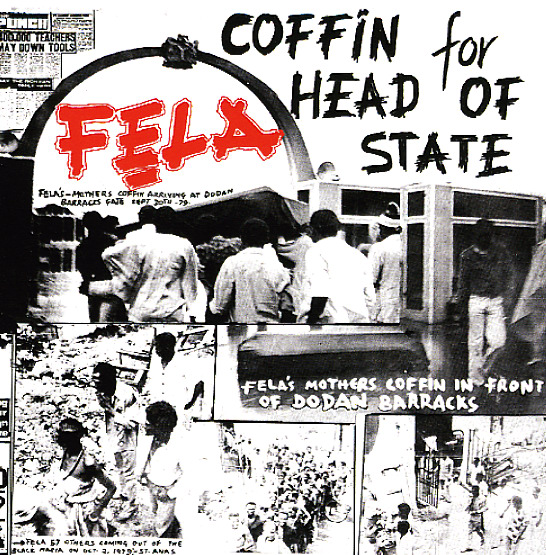 From Africa With Fury – Rise
Knitting Factory, 2011. Used
CD...$8.99
Seun Anikulapo Kuti returns with another strorming set of neo classic Afro Funk in the great tradition of his father – once again fronting the incredible Egypt 80 group! It's remarkable stuff that finds Seun – the youngest son of Fela – standing up as a visionary talent. He's ... CD

Army Arrangement/Government Chicken Boy (LP sleeve edition)
Celluloid/Knitting Factory, 1985. Used
CD...$6.99
A richly expanded version of this key Fela album from the 80s – one that adds in a full extra bonus album's worth of material! The CD contains the full 30 minute version of "Army Arrangement", a great mid 80s tune that was one of Fela's strongest political tracks – an ... CD

Teacher Don't Teach Me Nonsense/Just Like That
Knitting Factory, 1986. Used Gatefold
CD...$9.99
An overlooked gem from the 80s years of Fela Kuti – and a set that has the Afro Funk genius working with strong studio help from Wally Badarou! The vibe's still as fierce and frenetic as Fela's classic material – each track takes up a full side of the record, with lots of hard rhythms, ... CD