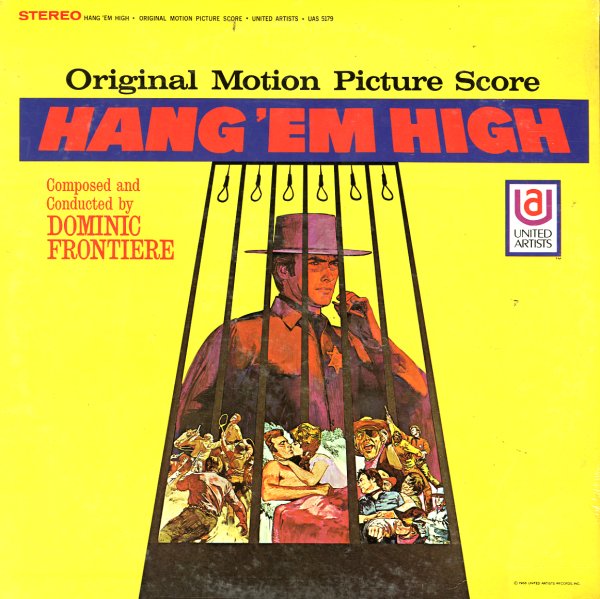 One of the more famous western soundtracks of the late 60s – a set with a great theme that's well known by many – blended here with some other great spaghetti western elements and a bit more Hollywood drama! The "Hang Em High" theme has some nice twangy guitar touches backed with horns – and it's featured a few times on the album – and other tracks have a sparer, starker sort of dramatic feel, with strings emphasizing the mood in sweeps and swelling passages that are mighty nice. Titles include "Rachel", "Tumbleweed Wagon", "Bordello", and "They Took Me".  © 1996-2021, Dusty Groove, Inc.
(80s MCA Classics pressing. Cover has a cutout notch.)

Oklahoma Crude
RCA, 1973. Near Mint-
LP...$4.99
An unusual one for Henry Mancini – and a real depature from his usual groovy soundtrack work, in favor of a western-themed batch of tunes! As you'd guess from the title, the album's got a distinct "Texas" sound – with tracks that kind of mosey along in a spaghetti western ... LP, Vinyl record album