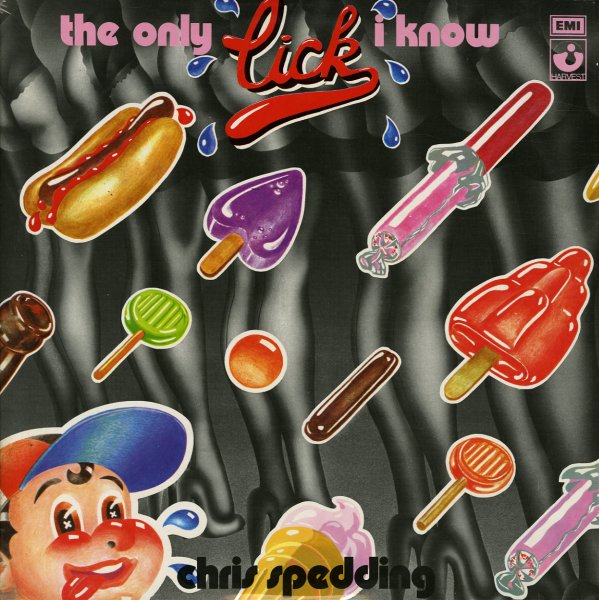 Only Lick I Know

A very unusual second album from Chris Spedding – one that came out quite a few years after his first solo set, and definitely shows the result of Spedding's countless work on other rock, jazz, and soul sessions! There's still a rootsy, personal feel to the music – but there's also a much more tuneful approach, too – not one that's trying to be commercial, just a quality that clearly comes from all of Chris' work with top-shelf artists and producers as one of the most in-demand guitarists of his generation. Spedding handled a good amount of the instrumentation himself – save for the drums – and the album's got a relaxed feeling that really reflects the time that Chris took to get things right during the recording process. Tracks include "White Lady", "London Town", "A Hard Woman Is Good To Find", "The Only Lick I Know", and "Saw You Yesterday" – plus a surprising cover of "The Dark End Of The Street".  © 1996-2021, Dusty Groove, Inc.
(UK pressing, matrix A1/B1, and label rim says "gramophone company". Cover has light wear.)