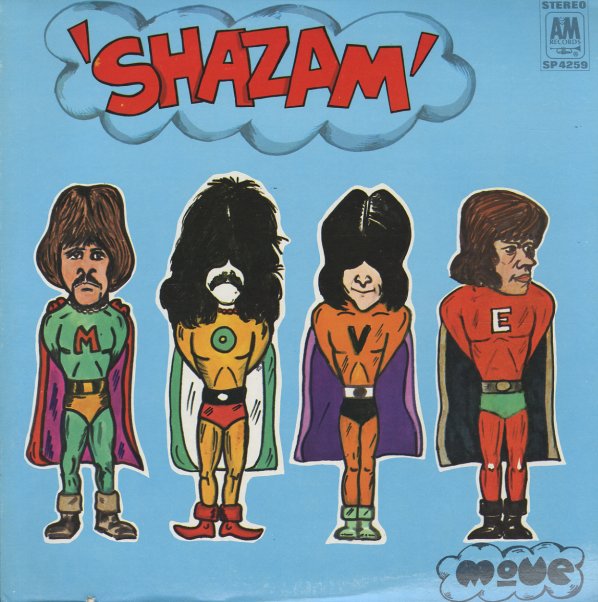 The Move are looking a bit fuzzier here than in their earlier years – and they're sounding a bit fuzzier too, but in a way that's totally great! The group's down to a quartet, which seems to bring even more focus on the great vocals of Carl Wayne, and heady guitar of Roy Wood! There's a brashness here the group didn't have before – a direction that points more towards some of Wood's later solo work, but which still has the core crispness and wit that makes The Move so wonderful – even as they blossom here into a more full-formed psychedelic act. Tunes are longer, and definitely trippier – but in a wonderfully playful way that's never too full of itself. The group produced themselves this time around, and get some great help on arrangements from Tony Visconti – on titles that include "Fields Of People", "Hello Susie", "The Last Thing On My Mind", "Don't Make My Baby Blue", and "Beautiful Daughter".  © 1996-2022, Dusty Groove, Inc.
(Later tan label pressing. Cover has light wear and a bit of marker.)