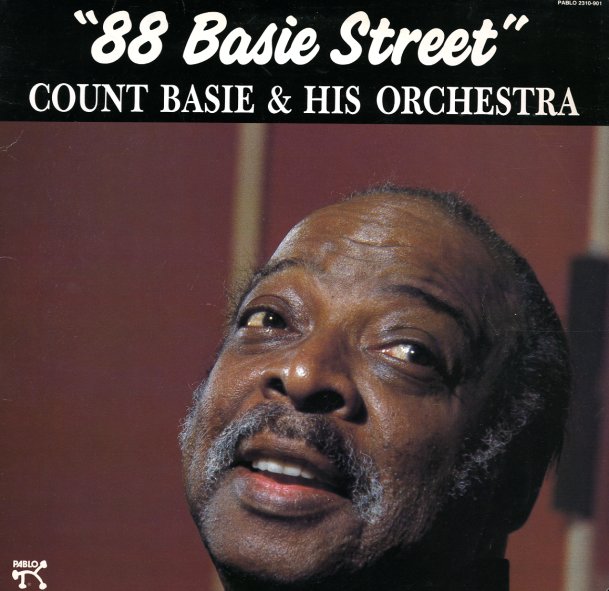 Very fluid later work from Count Basie – a set that has that nice open-ended Pablo Records approach, but which still comes across with that brilliant Basie groove that first emerged most strongly in the 50s! Players are a mix of young and old, and the group includes Grover Mitchell and Booty Wood on trombones, Sonny Cohn and Jim Crawford on trumpets, John Williams on baritone, Eric Dixon on tenor and flute, Kenny Hing on tenor, Chris Woods on alto and flute, Joe Pass on guitar, and Cleveland Eaton on bass. Tracks are on the long side, and titles include "88 Basie Street", "Bluesville", "The Blues Machine", "Contractor's Blues", "Katy", and "Sunday At The Savoy".  © 1996-2021, Dusty Groove, Inc.
(Out of print XRCD pressing – comes in a cool hardbound book!)

Essential Count Basie Vol 2
Columbia, 1939/1940. Used
CD...$1.99
Essential is right – as the tracks here are all Vocalion and Columbia 78rpm releases – from a time when Lester Young was in the group on tenor, and Buck Clayton on trumpet! CD

Basie In Sweden
Roulette, 1962. Used
CD...$6.99
One of the most hard-hitting Count Basie albums from the Roulette Records years – and that's saying a lot, given the power of Basie at the time! The set was recorded in Sweden, with a kind of triple-time energy that really has the whole thing burning right from the start – as the group' ... CD