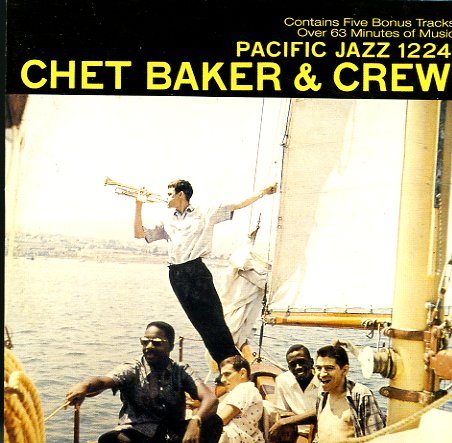 Killer work from the late 50's by Chet! Although Baker's trumpet playing in the early part of the decade became known as one of the trademark "cool" sounds of the west coast, he started to move towards a sound that was a lot more hardbop at the end of the decade – as you'll hear on this tasty album. The session's got a great (and unlikely) batch of players accompanying Chet – like firey young soul jazz pianist Bobby Timmons, modal grooving bassist Jimmy Bond, and cool tenorist Phil Urso. The set's a great one, and pushes Chet's sound way past the usual stereotypes. Titles include "Medium Rock", "Lucius Lu", "Revelation", and "To Mickey's Memory". Plus, this excellent reissue CD also adds a number of bonus tracks recorded by the same group, but not issued with the original album. Added titles include "Chippyin", "Line For Lyons (vocal version!)", and "Jumpin Off A Clef".  © 1996-2022, Dusty Groove, Inc.
(Out of print.)