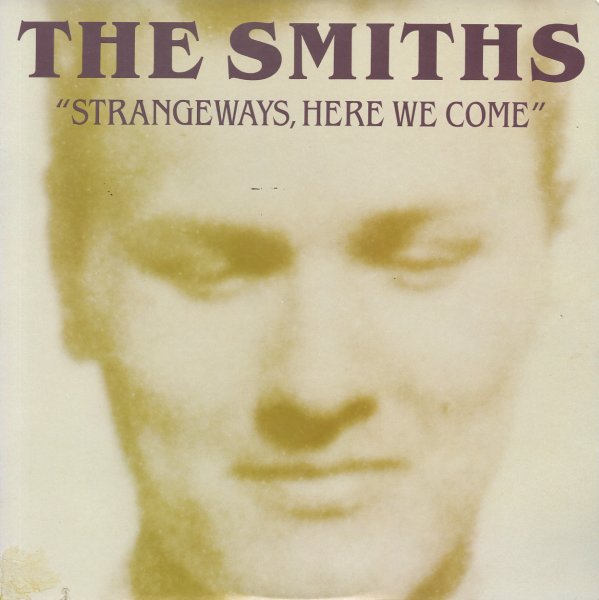 Part of the great 80s run from The Smiths – and a record that has them continuing to grow, continuing to express new ideas – yet still find a way to hang onto all the charm and catchiness that made them so great in the first place! Morrissey's definitely stretching out a bit with his songwriting, and Johnny Marr's guitar finds lots of lovely places to show us why he was such a standout talent in his generation – and production, as always, is wonderfully uncluttered – none of those too-smooth or too-commercial modes that held back so many Smiths contemporaries once they started raising in fame. Titles include "A Rush & A Push & The Land Is Ours", "Last Night I Dreamt That Somebody Loved Me", "I Won't Share You", "Stop Me If You Think You've Heard This One Before", "Death Of A Disco Dancer", and "Girlfriend In A Coma".  © 1996-2023, Dusty Groove, Inc.
(US Sire pressing with SRC stamp. Includes the printed inner sleeve. Cover has a cutout notch and light wear.)

Song Of The Bailing Man
Rough Trade, 1982. Near Mint-
LP...$14.99
Great late work from Pere Ubu – an unusual lineup with Mayo Thompson on guitar, Anton Fier on drums and piano, Tony Maimone on bass, and Allen Ravenstine on electronics – plus the great David Thomas on vocals. LP, Vinyl record album

Hot Rats
Bizarre, 1969. Very Good+ Gatefold
LP...$24.99
One of those records that should be an insane dark mess, given the look of the cover – but which turns out to be a surprisingly well put-together effort all the way through! Zappa does a great job of hiding behind his hair here – never acting with the pomp that a pop genius like him ... LP, Vinyl record album