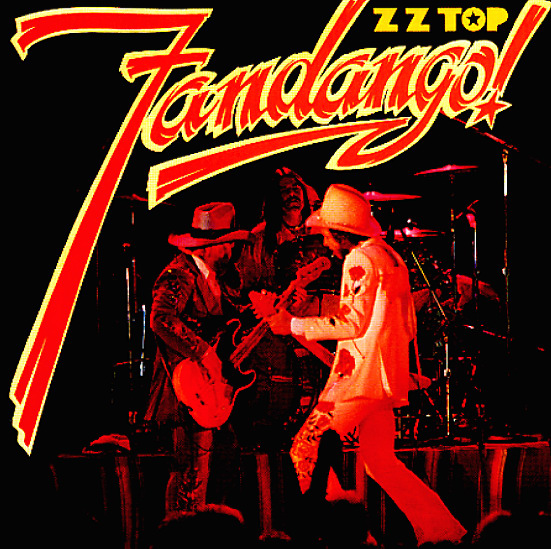 Texas boogie badassery from the great ZZ Top – the follow-up to the absolutely killer Tres Hombres! One side features the trio doing what it does best – slaying a live audience, this one at The Warehouse in New Orleans – and the other side features a handful of hard grooving studio tracks. Here ZZ Top proudly promises "hot, spontaneous and presented to you honestly, without the assistance of studio gimmicks." Later on they'd wholy embrace those gimmicks, but boy, did they ever kill it in the mid 70s without that stuff! Includes "Thunderbird", the greasy "Backdoor Medley", "Nasty Dogs And Funky King", "Tush" and more.  © 1996-2022, Dusty Groove, Inc.
(Includes the heavy inner sleeve. Cover has light wear, name in pen.)

ZZ Top's First Album
London, 1970. Near Mint-
LP...$28.99 39.99
The fantastic first album from ZZ Top – already a heady mix of Texas blues and psych roots, served up into a style that's completely the group's own – but which hasn't yet been watered down by commercial cliches and MTV! The sound here really puts these guys much more in the company of ... LP, Vinyl record album