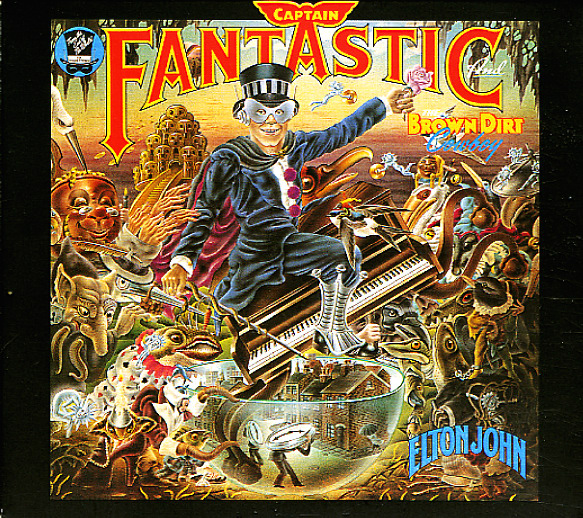 Complete Thom Bell Sessions
MCA, 1979. Near Mint-
LP...$19.99
Philadelphia Freedom from Elton John – a trio of tracks recorded with legendary Philly Soul producer Thom Bell, all with a Sigma Sound vibe that's quite different than most of John's other work at the time! In fact, although these tracks were recorded right at the height of the disco era, ... LP, Vinyl record album

Madman Across The Water
Uni, 1971. Very Good+ Gatefold
LP...$19.99 (CD...$27.99)
A set that may well be the record where Elton John totally gets it together – transcending his already-brilliant previous recordings, and finding a way to the special spot that would forever make him a legend! There's a mix of well-crafted songs and soulful presentation that's completely ... LP, Vinyl record album

Sorcerer
MCA, 1977. Near Mint-
LP...$16.99
A great soundtrack moment for Tangerine Dream – and one of their darkest, too! Bill Friedkin's films are always pretty darn spooky – but the music of the group definitely adds a lot here – bringing in these coldly hypnotic passages that really work wonders with the images on the ... LP, Vinyl record album