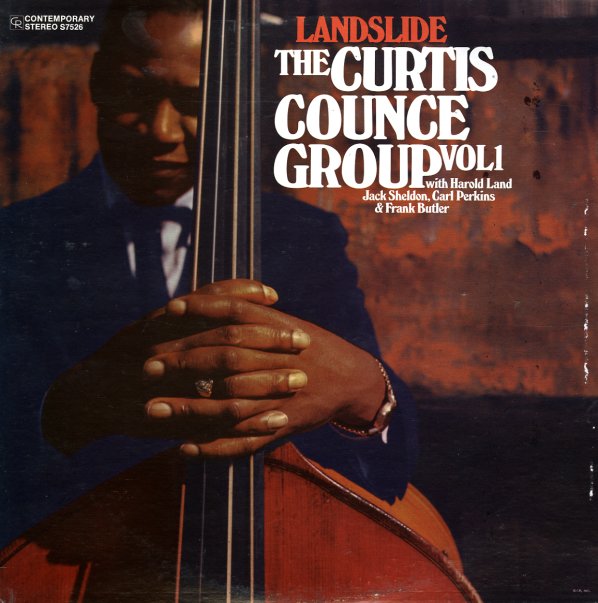 Material recorded by LA bassist Curtis Counce at the height of his career – working in the mid 50s with a group that includes Jack Sheldon on trumpet, Harold Land on tenor, Frank Butler on drums, and the weird "sideways" piano player Carl Perkins on the ivory 88's! The session's a great meeting of LA modes – with Sheldon blowing harder than usual, and Land cutting in the sort of edges that always made his sessions in the town kick a bit more than most. Tracks are longish – especially by the standards of the Contemporary label – and titles include "A Fifth For Frank", "Sarah", "Mia", "Sonar", and "Landslide".  © 1996-2021, Dusty Groove, Inc.
(Out of print.)

Boppin' & Burnin'
Prestige/OJC, 1968. Used
CD...$6.99 (CD...$11.99)
A stone cooker from organist Don Patterson – and one of his best fuller group recordings for Prestige from the 60s! Patterson is best known for his work on the label with his trio that included guitarist Pat Martino and drummer Billy James – and while that unit is intact here, they're ... CD

Latin American Suite
Fantasy/OJC, 1968/1970. Used
CD...$12.99
A killer album – one of Duke Ellington's best from the later years! The record features excellent writing from Duke – in a Latin mode, obviously, but touched with these incredible orchestrations that bring all sorts of weird twists and turns to the grooves, yet still manage to keep ... CD