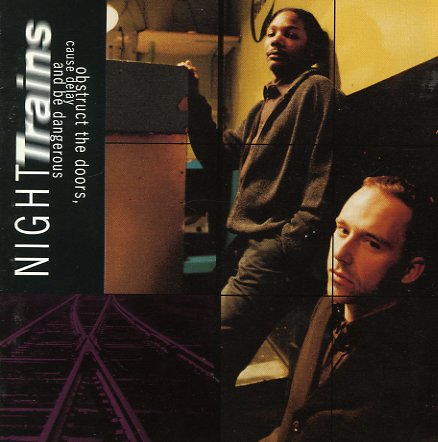 Obstruct The Doors, Cause Delay & Be Dangerous

Later work by the Night Trains – much more soul-oriented than some of their earlier sessions, with lead female vocals on most tracks, and a smooth grooving sound that's still steeped in 70s funk influences, but which also has some stronger modern touches that show the group really growing as they progress. There's some killer tunes on here in a mellow stepping mode, and tracks include "The Wave", "How've You Been", "Greed", "Sex Theme", "Busted", and "A Better Tomorrow".  © 1996-2021, Dusty Groove, Inc.
(Out of print.)