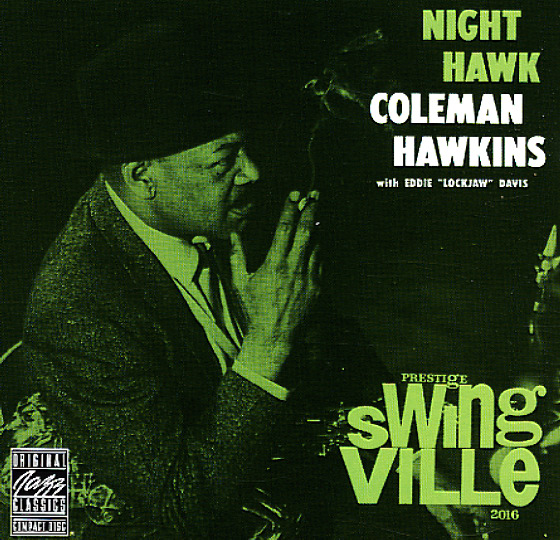 Beautiful late work from Coleman Hawkins – mellow genius that wins us over time and time again over the years! The set's actually a twin-tenor outing – with both Hawk and Eddie Jockjaw Davis – the latter of whom, as proved with Johnny Griffin and others, is a perfect partner for any other player on his horn – one able to slide in just the right way, augmenting things and adding his voice while never overdoing it. Given the long tracks on the record, and the very easygoing rhythms from Tommy Flanagan on piano, Ron Carter on bass, and Gus Johnson on drums – you've got a cracker of a record, and one that yeilds more and more upon each new listen! Titles include "There Is No Greater Love", "Night Hawk", "In A Mellow Tone", and "Pedalin".  © 1996-2021, Dusty Groove, Inc.
(Out of print.)

Cal Tjader Plays Mary Stallings Sings (plus bonus tracks)
Fantasy/OJC, 1961. Used
CD...$11.99
One of the few albums ever that has vibist Cal Tjader working with a vocalist – and not a bad idea, either, considering that Cal's cool style always seems to provide a compelling backdrop for a singer! Mary Stallings was a lesser-known west coast vocalist at the time – but she sings ... CD

In A Mellow Tone
Prestige/OJC, Late 50s/Early 60s. Used
CD...$6.99
Great later work from this tenor giant – some of his sublime and surprisingly modern work for the Moodsville label! CD