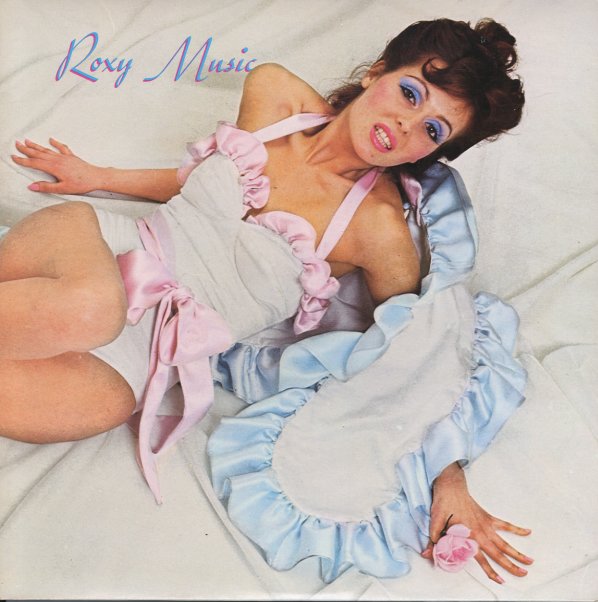 A mindblowing debut from Roxy Music – a record that took the world by storm in the 70s, and which is still pretty darn revolutionary all these many years later! Sure, the cover looks a bit cheesy and trashy, but the core of the music is amazing – this blistering array of guitars, electronics, and saxophone – all honed into songs that provide the perfect setting for the haunting vocals of Bryan Ferry! If you only know these guys from their later, softer work, you'll be quite surprised here – as the saxes by Andy Mackay are woven right in alongside the guitar of Phil Manzanera, and the album's laced with weird electronic and tape touches from Brian Eno. Peter Sinfield produced – as yet another mighty talent that was part of the proceedings – and titles include "Re-make/Re-Model", "Ladytron", "If There Is Something", "HB", "The Bob", "Chance Meeting", "Would You Believe", "Sea Breezes", and "Bitters End".  © 1996-2022, Dusty Groove, Inc.
(Mid 70s yellow label Atco pressing in a standard cover. A nice copy!)

Manifesto
Atco, 1979. Near Mint-
LP...$11.99
A brilliant little comeback album for Roxy Music – their first album in 4 years after Siren, and a well-done departure that takes off from older records without losing any of their greatness! In a way, the set's almost the group's Lodger – a similar effort to Bowie's record from the ... LP, Vinyl record album