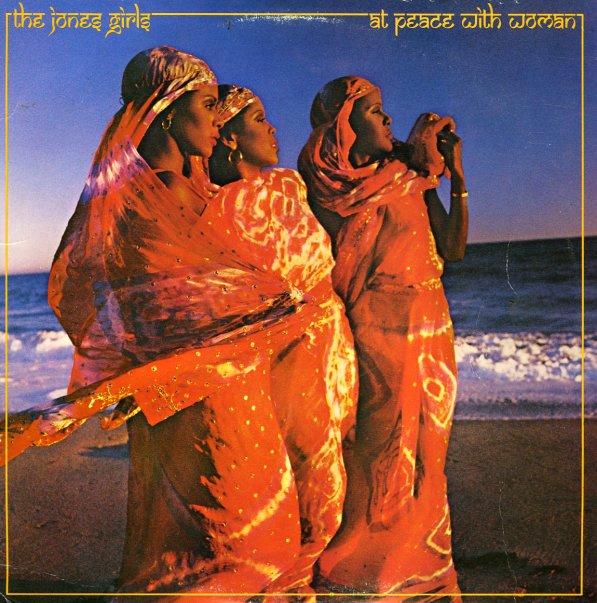 At Peace With Woman

Classic Jones Girls for Philly! The record's a landmark album in the shift from Philly disco to sophisticated modern – and the smooth tight vocals of The Jones Girls are to the latter half of Philly what the runaway singing of Three Degrees were to the early half. Includes their excellent remake of the Stylistics' "Children of the Night" – which has a cool sample riff on the intro – plus the cuts "I Just Love The Man", "When I'm Gone", "At Peace With Woman", and "Back In the Day". One of the best female records on Philly International, and with excellent work by Dexter Wansel and Kenny Gamble!  © 1996-2021, Dusty Groove, Inc.
(Cover has a cutout hole.)