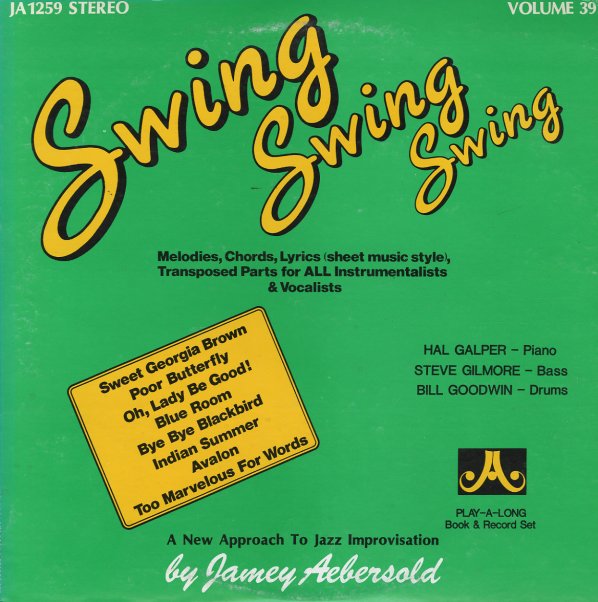 Getting It Together – For All Musicians Regardless Of Ability – Vol 21
JA Records, 1981. Very Good+ 2LP
LP...$9.99
Trio features Jamey Aebersold on piano, Steve Rodby or John Goldsby on bass, and either John Clay or Mike Hyman on drums. LP, Vinyl record album