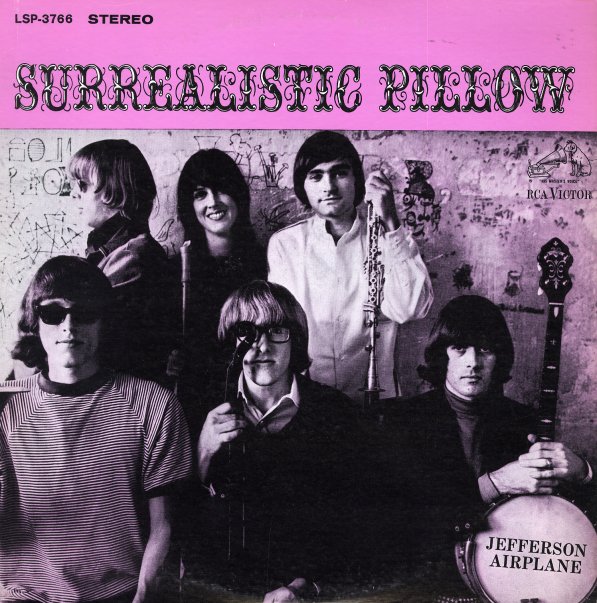 Early genius from these Bay Area stalwarts – one of the greatest rock records of its time! Surrealistic Pillow is the second Jefferson Airplane album, but they took a number of huge creative leaps in the 8 months or so between their debut record and this one. This one is where they're joined by psych siren Grace Slick, but it's not just the line-up change that sets it apart. Surrealistic Pillow is a perfect title, as it's comforting and disorienting at the same time. It's also the magical confluence of wildly different spirits – with standout contributions by the entire band. Titles include the seminal "White Rabbit" – plus "Embryonic Journey", "3/5 Of A Mile In 10 Seconds", "DCBA 25", "How Do You Feel", "Today", "She Has Funny Cars", and "Plastic Fantastic Lover".  © 1996-2022, Dusty Groove, Inc.
(Mid 70s black label stereo pressing – LSP 3766. Cover has some ring and edge wear.)

Bless Its Pointed Little Head
RCA, Late 60s. Near Mint-
LP...$9.99 11.99
Jefferson Airplane's first live album – capturing them at a late 60s peak, at the Fillmores East and West – stretching things out nicely onstage and featuring a bunch of cool covers! Even though Jefferson Airplane has always been a symbol for freewheeling hippie excess, the album ... LP, Vinyl record album