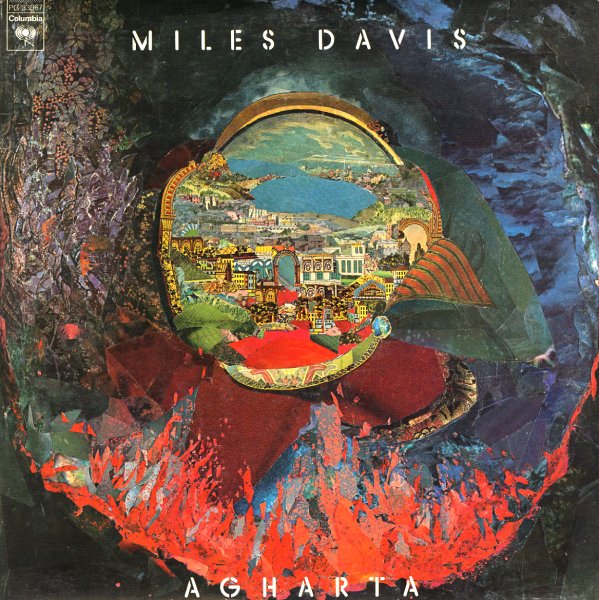 A seminal 70s side from Miles Davis – originally a Japanese recording, and one that returns to the solid push of the initial electric years! The record's a completely cooking little session – one that mixes the raw, noisier styles of other Davis albums with a focus, funked-up energy that's really set loose in the freer standards of the Japanese scene – all to come up with a sound that's completely otherworldly, and which is light years ahead of most mainstream fusion from the period. Pete Cosey plays some really wicked guitar and synthesizer, Al Foster kicks tremendous energy on his drums, Sonny Fortune brings a soulful depth on soprano sax and flute, and Michael Henderson creates massive flow on the bass. Titles include "Prelude", "Interlude", and a long version of "Theme From Jack Johnson".  © 1996-2021, Dusty Groove, Inc.
(Columbia Jazz Contemporary Masters pressing. Barcode has a cutout hole.)