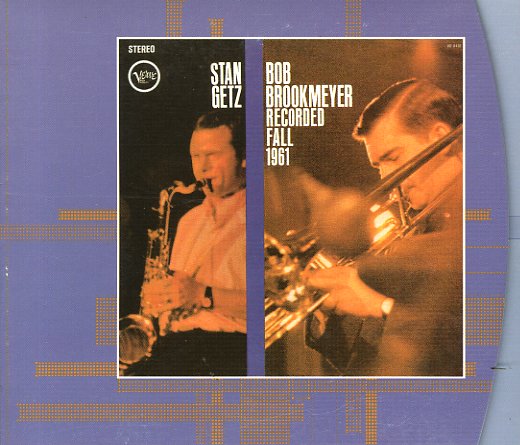 A great lost Verve album that stands as one of Stan Getz's best sessions from the early 60s – a brilliant pairing with Bob Brookmeyer that shows just how much each player had grown in the past decade! There's a strongly modernist feel to the record – more Brookmeyer's influence than Getz's usual bag – with long tracks that move almost airily at times, and which feature some beautiful interplay between tenor and trombone. Rhythm is by a very hip trio of Steve Kuhn on piano, Roy Haynes on drums, and John Neves on bass – and the work's got a great balance between freedom and more focused blowing! Titles include "Minuet Circa 61", "Thump, Thump, Thump", and "Who Could Care".  © 1996-2022, Dusty Groove, Inc.
(2002 Verve Master Edition in a nice tri-fold digipak.)