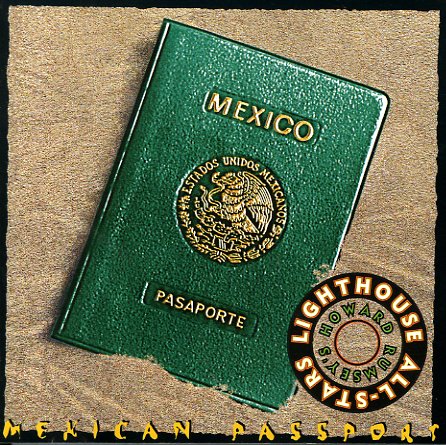 A nice collection of latin jazz tracks with Shorty Rogers and Chet Baker on trumpet, Jimmy Giuffre and Byd Shank on reeds, Sonny Clark on piano, Shelly Manne on drums, and Carlos Vidal and Jack Costanzo on percussion.  © 1996-2021, Dusty Groove, Inc.
(Out of print. Barcode has a cutout hole, disc has a promotional stamp.)

Howard Rumsey's Lighthouse All Stars Vol 4 – Oboe/Flute
Contemporary/OJC, 1956. Used
CD...$6.99
Sheesh, Howard Rumsey sure knew how to stick his name on a lot of records! (He must have been trying to give Norman Granz and Leonard Feather a run for their money!) Fortunately, most of them were also great – like this one, which features flute duets between Bob Cooper and either Bud Shank ... CD

Friday Night At The Village Vanguard Vol 2
Contemporary/OJC, 1977. Used
CD...$6.99
A rather late recording for Pepper, but a great one played with some fierceness that you might not expect from the date of the recording. It helps that he's accompanied by a remarkable rhythm section of George Cables, George Mraz and Elvin Jones, all seasoned vets by this point, and playing with ... CD

All Night Session Vols 1, 2, & 3
Contemporary/Definitive (Spain), 1956. Used 2 CDs
CD...$19.99
A noteworthy session from pianist Hampton Hawes – a rare quartet session from the 50s (at a time when Hawes was mostly working in trios) – and also a three volume set of releases, all recorded in the space of a single night! The album is truly an All Night Session – as the ... CD

Everybody Likes Hampton Hawes – Vol 3 The Trio (20 bit mastering)
Contemporary/OJC, 1956. Used
CD...$9.99 (CD...$6.99)
Maybe the title's a bit overly-optimistic – but with a record like this, you can certainly imagine a world in which everybody does like Hampton Hawes! The record's the third in a legendary early run for the Contemporary label – trio material that broke Hawes out of the box and firmly ... CD

Seance
Contemporary/OJC, 1966. Used
CD...$16.99
A nice title for this mid 60s set from Hampton Hawes – given that by this time in his career, Hawes often hits these spun-out lines that are completely entrancing – almost enough to spirit us away to the underworld! The album's a live one, but done with an intimate feel – and ... CD

Shelly Manne & His Men At The Blackhawk Vol 3
Contemporary/OJC, 1960. Used
CD...$6.99
Classic hardbop from the west coast – a set of live recordings done at the Black Hawk jazz club in San Francisco at the end of the 50s, featuring Shelly Manne at the head of a group that includes the great Joe Gordon on trumpet! Tracks are longer, livelier, and have a lot more solo room and ... CD