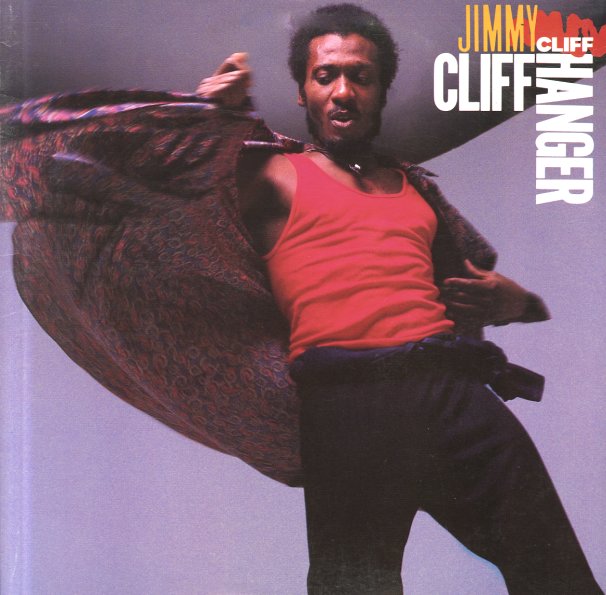 Mid 80s record from the great Jimmy Cliff. While he was in his prime in the early 70s, this much later commercial effort shows he's still got the skills to pay the bills, and we actually kind of like the sound of him singing over the glossy crossover-attempt tracks, which have that great 80s Sly Dunbar-playing-the-Simmons-drum sound in the rhythm tracks. The rest of the band is an all star cast, with the Kool & the Gang horn section & even a cameo from Jaco Pastorius, plus Jamaican stalwarts Ansel Collins, Ranchie McLean & Earl Chinna Smith. Includes "Hot Shot", "Brown Eyes", "Reggae Street" & "Nuclear War".  © 1996-2020, Dusty Groove, Inc.
(Includes the printed inner sleeve, promo letter, and 8"x10" glossy photo of Jimmy Cliff with Robin Williams! Cover has a Grammy Winner sticker.)

House Of Exile (aka Music Maker)
EMI (UK), 1974. Very Good-
LP...$6.99
After his huge success with The Harder They Come, Cliff made a number of LPs in the states, most self produced, some of which were more succesful than others, and many with a clear nod towards US Soul and R&B, like this one. Standout tracks include "Brother" and "No. 1 Rip Off ... LP, Vinyl record album