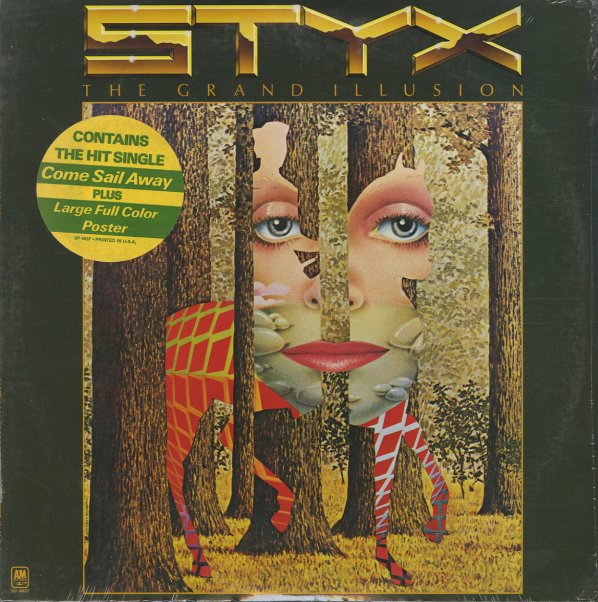 Includes "The Grand Illusion", "Come Sail Away", "Fooling Yourself", and "The Grand Finale".  © 1996-2022, Dusty Groove, Inc.
(Includes the printed inner sleeve and poster! Cover has some stuck-on paper along the bottom three inches and a lightly bent corner.)