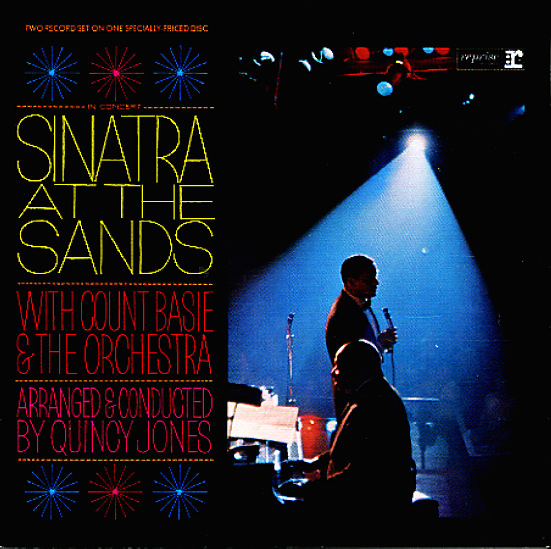 A classic Vegas moment for Sinatra – with accompaniment by Count Basie, and arrangements from Quincy Jones, to boot! The set features some great spoken bits – really one of the first chances the American mainstream got to taste the Vegas vibe – and titles include "It Was A Very Good Year", "Fly Me To The Moon", "The Shadow Of Your Smile", "Come Fly With Me", "Street Of Dreams", "One For My Baby", and "My Kind Of Town".  © 1996-2021, Dusty Groove, Inc.
(Tri color stereo pressing. Cover has a center split bottom seam and a half split top seam.)