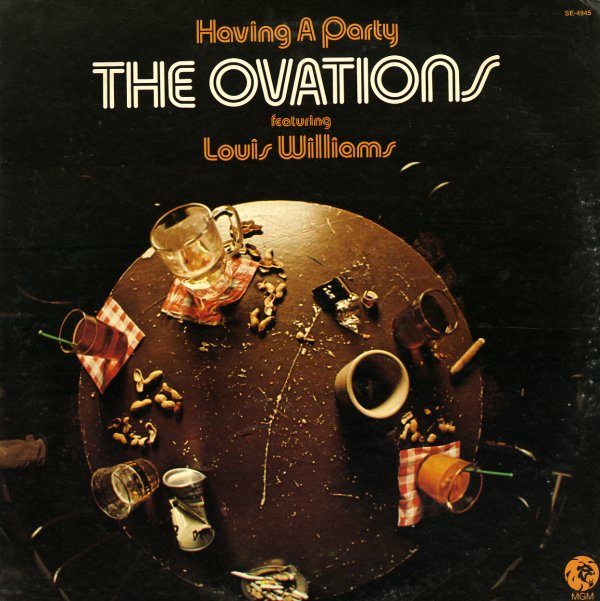 A slightly deeper vibe than previous work from The Ovations – but in a great way too! The set begins with the Sam Cooke remake of the title track, but after that things pick up a bit more – using more bass in the backings for a groove, and a bit more keyboards too – not exactly funky touches, but definitely a harder edge than before for The Ovations – all of which makes for a great contrast to the sweet soul vocals of lead singer Louis Williams! There's a few echoes of Hi Records at points, but never in the too-iconic style of Hi – and instead arranger Dan Greer really finds a way to carve out a unique space for the group. Titles include a number of Sam Cooke tributes – given that Williams was a big devotee – titles that include "You Send Me" and "A Change Is Gonna Come", in addition to the title track. But we dig the other titles even more – and they include "Your Love Is Like A Song To Me", "Born On A Back Street", "Touching Me", "Don't Look Back", and "I Can't Believe It's Over".  © 1996-2020, Dusty Groove, Inc.
(Cover has a cut corner, light wear, and some light aging.)

Hooked On A Feeling
MGM, 1972. Near Mint-
LP...$29.99
Some of the warmest Memphis soul ever recorded – a really classic set from The Ovations, done in a style that's really unique! The vibe here is different from the sound of Stax, as lead singer Louis Williams has a lot of Sam Cooke in his style – a warmly bubbling quality that's as ... LP, Vinyl record album