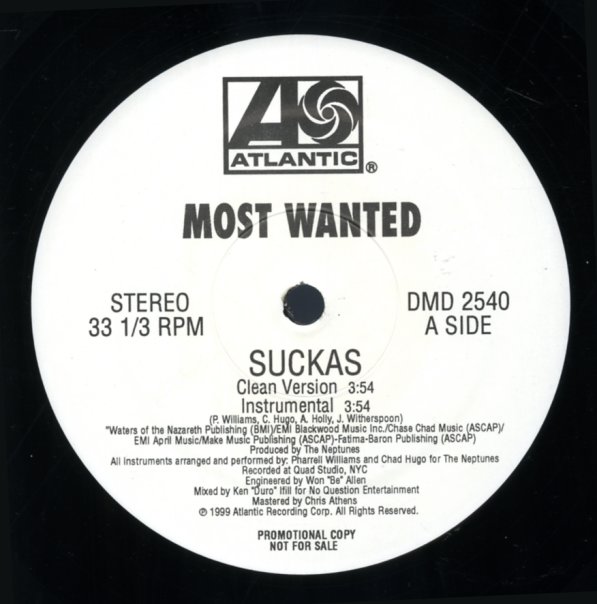 Early production from The Neptunes.
(Promo in a plain sleeve.)