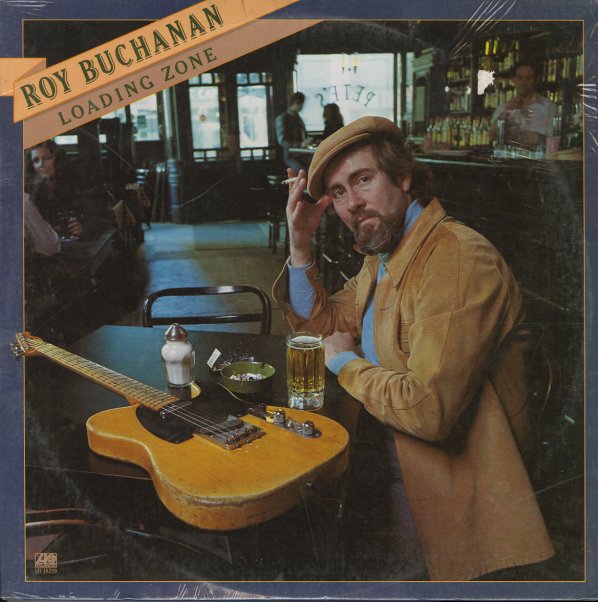 One of those 70s rock albums that seems to turn up in a fair bit of collections of hip soul and jazz – a bit like the work of Harvey Mandel, and with a similar blend of blues rock currents with farther-reaching ideals! Roy Buchanan is spectacular on the guitar here – the kind of player who almost could have fronted a bigger arena rock group, given his chops – but who choses instead to keep things close to the chest, with the more down to earth vibe of his look on the cover – even though his playing here is pretty outta sight. Roy's got some great help on the album – including some of the MGs on a version of "Green Onions" – plus more guitar from Steve Cropper on other tracks, plus piano from Jan Hammer, bass from Stanley Clarke, and drums from Narada Michael Walden. Other titles include "Judy", "Your Love", "Done Your Daddy Dirty", "The Circle", and "Hidden".  © 1996-2021, Dusty Groove, Inc.
(Cover has surface wear.)