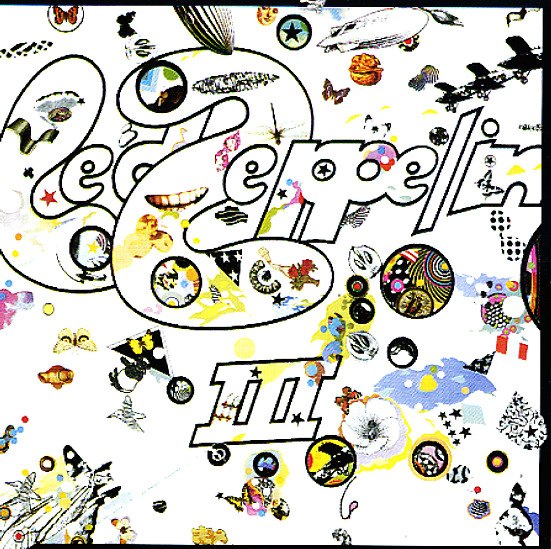 The third in Led Zeppelin's spectacular run of early albums – each one either matching or topping its predecessor, depending on one's personal favorite – and a record with an influence that's as massive as the sound! The record's got a pair of of Zep's best-remembered songs in "Immigrant Song" and their take on the traditional "Gallows Pole", but the whole thing is great – and a great balance of their earlier bombast with a lot more acoustic moments. Other tracks include "Friends", "Celebration Day", "Tangerine" and "Hats Off (To Roy Harper)".  © 1996-2020, Dusty Groove, Inc.
(US Broadway label pressing, SD 7201. Labels have a small name in pen. Cover has general wear and aging, with a small name in pen on back and inside the opening.)