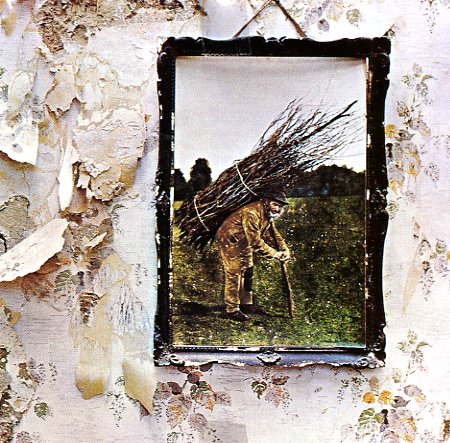 Hard rock perfected! It's around Led Zeppelin IV that you can easily say that the group moved up from being incredibly great to flat-out legendary – really in a class by themselves, although maybe they'd already reached that point with the sublime sounds of the previous three records! There's a darkness here – and a sense of magick too – an eerie new energy that still has all the balls-out rock power of before, but which has the group moving into this heady territory that's really all their own. Every song is a classic – and tracks include "Black Dog", "Stairway To Heaven", "Rock And Roll", "Misty Mountain Hop", "When The Levee Breaks", "Going To California", "Four Sticks", and "Battle Of Evermore".  © 1996-2022, Dusty Groove, Inc.
(US Rockefeller label pressing, SD 19129. Includes the printed inner sleeve.)

Fragile
Atlantic, 1972. Near Mint- Gatefold
LP...$19.99 (CD...$6.99)
Classic! Fragile is the one that catapulted Yes to unlikely stardom, and in so doing, it brought adventurous, proggy rock to mainstream audience – pretty much changing the face of rock for at least a decade to come! Rick Wakeman's arrival and his spacier electronic keyboards have a lot to do ... LP, Vinyl record album