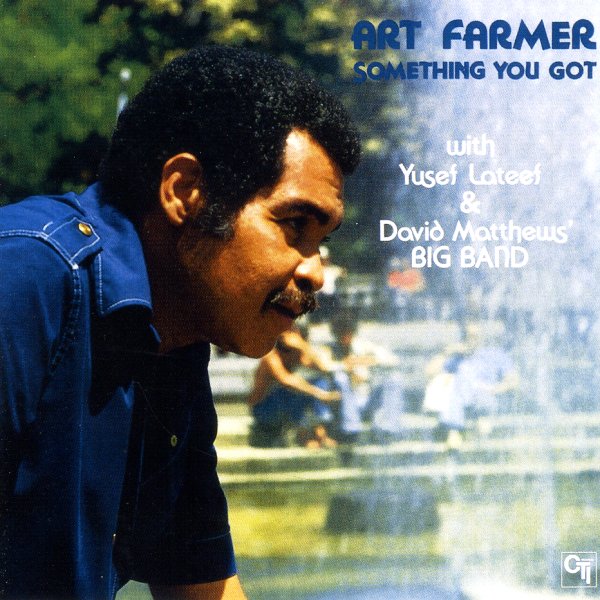 A sweet funky album from Art Farmer– an artist we don't normally associate with 70s funk, but who does a really great job on this CTI session! Art's working here in the frontline with Yusef Lateef on reeds – another unlikely candidate for a record like this – and the pair get some strong backing from the band of Dave Matthews, who manages to provide just the right blend of tight arrangements and jazz funk, so that each player gets plenty of room to soar, but the whole album sticks in a nice smooth groove on the rhythms! Includes a soaring version of Chick Corea's "Spain", a slow funk take on Chris Kenner's "Something You Got", and the cuts "Flute Song", "Hombre Del Sol", "Sauhade", and "Sandu".  © 1996-2022, Dusty Groove, Inc.
(Cover has a cutout notch and light wear.)

Pure Desmond
CTI, 1974. Sealed Gatefold
LP...$16.99 (CD...$11.99)
An album of sublime understatement from alto genius Paul Desmond! Desmond was one of the few players who resisted the lure of the 70s electric CTI sound – and stuck pretty much in his usual bag of easy-going grooves, blowing alto with effortless ease, working here with a quartet that ... LP, Vinyl record album