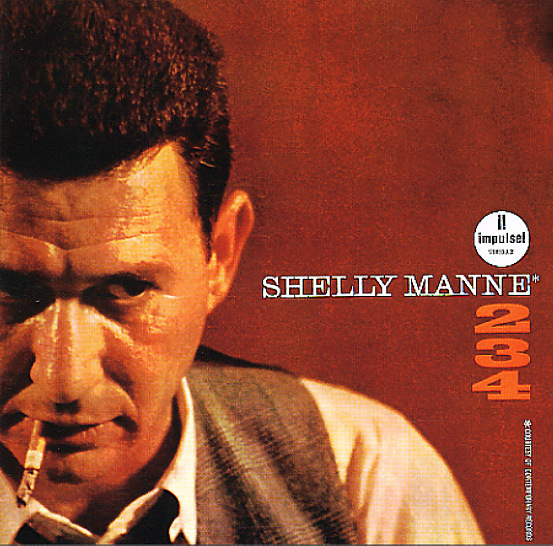 A surprisingly great Shelly Manne album from the early 60s – one that follows a format that has Shelly playing in duo format ("2"), trio ("3"), and quartet ("4") – hence the title! The duo track is incredible – a spare duet with Coleman Hawkins called "Me & Some Drums" – improvised between Manne and Hawkins, stretching for 6 minutes, with a sound that's a high point in the career of both players! The trio work features Shelly with Eddie Costa on vibes and piano and George Duvivier on bass – and the quartet sides bring Hawkins back, alongside Hank Jones' piano and more bass by Duvivier. The whole thing's great – as much for Hawkins as it is for Manne – and titles include "The Sicks Of Us", "Slowly", "Take The A Train", "Lean On Me", and "Me & Some Drums".  © 1996-2022, Dusty Groove, Inc.
(1994 MCA/GRP pressing.)