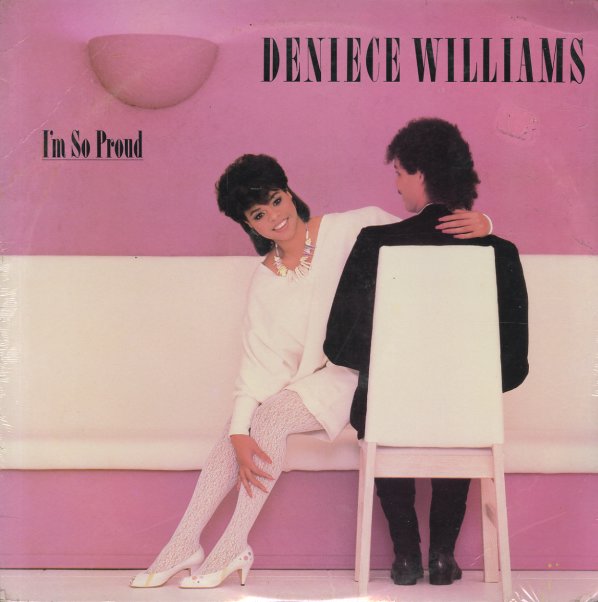 There's plenty to be proud of here – as the album's a key part in the reinvention of Deniece Williams for the 80s – a great way of finding a new setting for her wonderful voice, one that helped her reach a huge new audience in the process! Most of the backings have an 80s approach, but still hold onto some of the deeper warmth of the 70s – and if anything, they represent kind of a "leaning up" of Williams' earlier modes – one that still gives the record a nice bottom, yet also finds a great way of focusing her amazing vocal style. George Duke handled production on half the record – and titles include "They Say", "Heaven In Your Eyes", "It's Okay", "I'm So Proud", "So Deep In Love", and "Do What You Feel".  © 1996-2020, Dusty Groove, Inc.
(Includes the printed inner sleeve, promo bio, and 8" x 10" glossy photo. Cover has a promo stamp and some stains near the opening.)

Too Sharp
Columbia, 1985. Near Mint-
LP...$9.99
A nearly-lost relic of 80s groove – and a sharp little side project from Rick James! Process and group are clearly going for a sound to rival the Time on this set – working as a well-costumed group ensemble with a bass-heavy funky groove at the bottom of every track – and their ... LP, Vinyl record album