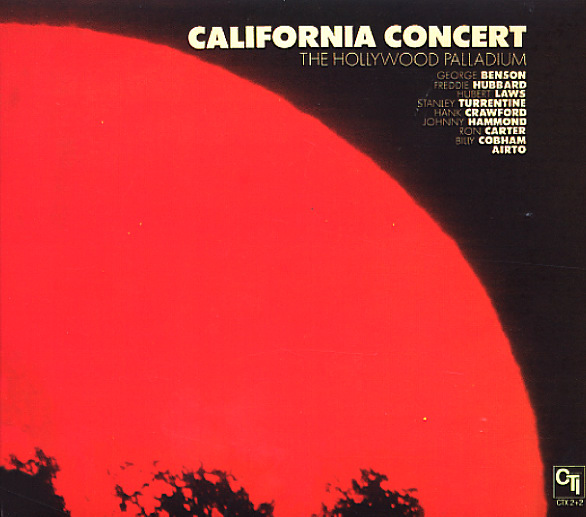 A beautifully expanded version of this classic – two CDs, with previously unissued material appearing here for the first time ever! Although the genius of the CTI label might be often thought of in a studio format – especially since the Creed Taylor Influence on the label is what really turned the sound into something wonderful – this live set from 1971 shows that the label's players, with the right frame of mind, can easily get into the CTI groove in any setting – soaring out in a magical blend of acoustic and electric instrumentation, really stretching out on some killer long tracks! The group's a great all-star one – with organ and electric piano by Johnny Hammond, guitar by George Benson, flute by Hubert Laws, trumpet by Freddie Hubbard, tenor by Stanley Turrentine, and percussion by Airto – and all tracks are long, and very free-flowing. Titles include "Red Clay", "Sugar", "Blues West", "Leaving West", and "Fire & Rain". CD also features the never-issued tracks "Impressions", "So What", and "Straight Life" – all nice and long!  © 1996-2021, Dusty Groove, Inc.
(Out of print. Remastered from the original analogue tapes!)

Best Of The Jazz Crusaders
Pacific Jazz, 1960s. Used
CD...$8.99
A sweet little set of some of the Jazz Crusaders' best sides from the 60s – a hip swinging selection of short, tight, and very well played soul jazz numbers – grooving hard in a way that was very big with the jukebox and jazz AM crowd! The set list features a good mix of originals and ... CD