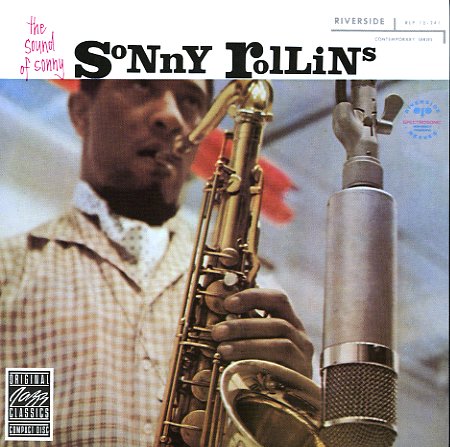 A landmark album from Sonny Rollins – a record that really lives up to its title, as it shows the maturing tenorist really finding his own voice in jazz – a sound that's unlike any other! Rollins' Riverside work sometimes seems to get overlooked sometimes in light of his freer late 50s playing on other labels – but this album's a real standout that shows that even with familiar material, Sonny can make magic happen in the way he phrases a tune and places a solo. Sonny's working here with a group that includes some hard-edged piano from Sonny Clark and some wonderfully inventive rhythm from Roy Haynes on drums – but Rollins is the real star in this quartet setting – shining throughout, in a mode that's incredibly economical, yet which speaks volumes with every note! Titles include "Mangoes", "Cutie", "Just In Time", and "Every Time We Say Goodbye". CD features one bonus track.  © 1996-2022, Dusty Groove, Inc.
(OJC pressing. Still sealed.)

Road Shows Vol 3
Okeh, 2000s. Used
CD...$5.99
The continuing exploration of the greatness of Sonny Rollins in a live setting – a format that's really made these Road Shows records more interesting than most of his studio work in recent years! The set features key live performances by Rollins from the past decade or so – all long ... CD