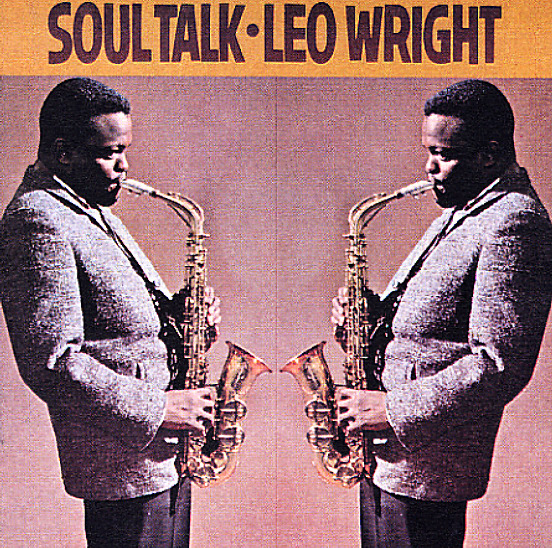 A rare soul jazz session from alto saxophonist Leo Wright – a player that we mostly know from his bossa work of the early 60s! The session's extremely noteworthy as being one of the few to feature female organist Gloria Coleman – a player with whom Wright worked on her classic 1963 date Soul Sisters, and who returns here in a very similar hard-wailing sax-and-organ mode! Wright's work on alto is incredibly deep – with a sharper bite than much of his other 60s sessions, and a gutsy down-n-dirty quality that makes the record feel like one of the best organ jazz albums at the time from Prestige. Coleman's approach to the Hammond is great too – freely skipping around with a liberated sense of rhythm, in a way that matches Wright's every twist and turn with ease – and throws a few of its own into the mix as well! The group's completed by Kenny Burrell on guitar (also sounding harder here than usual!) and Frankie Dunlop on drums – and titles include some fresh originals "Poopsie's Minor", "State Trooper", "Blue Leo", "Blues Fanfare", and "Soul Talk".  © 1996-2022, Dusty Groove, Inc.