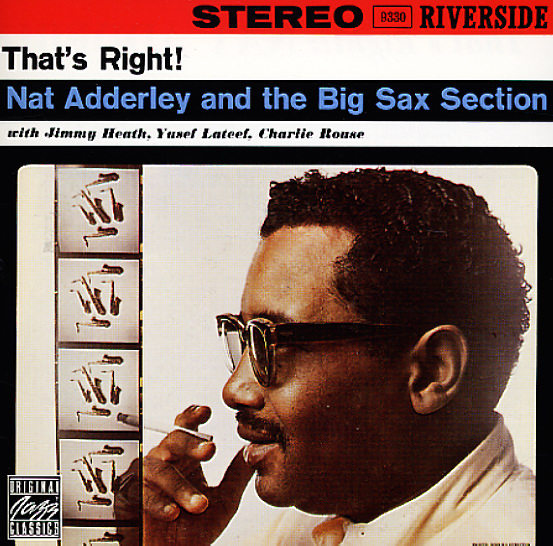 Nat's trumpet is backed up by the "big sax section" here – a trio of reed players that includes Yusef Lateef, Jimmy Heath, and Charlie Rouse, plus some additional baritone work by Tate Houston. The groove's pretty swinging – kind of in the mode of early work with Cannonball Adderley in that it's not as "in the pocket" soul jazz wise, but still quite strong overall. Heath and Jimmy Jones did the arrangements, and the rhythm section features Wynton Kelly, Sam Jones, and Jimmy Cobb. Tracks include "Tadd", "The Old Country", "Chordnation", and "ESP".  © 1996-2021, Dusty Groove, Inc.
(Out of print.)

New Jazz Conceptions
Riverside/OJC, 1956. Used
CD...$7.99
Bill Evans' first album as a leader – and a well-titled set that went onto transform the sound of the piano in jazz! The session isn't as lyrically free as some of Evans' later classics, but already has an undeniably fresh approach to the keys – one that's modern, yet never academic ... CD