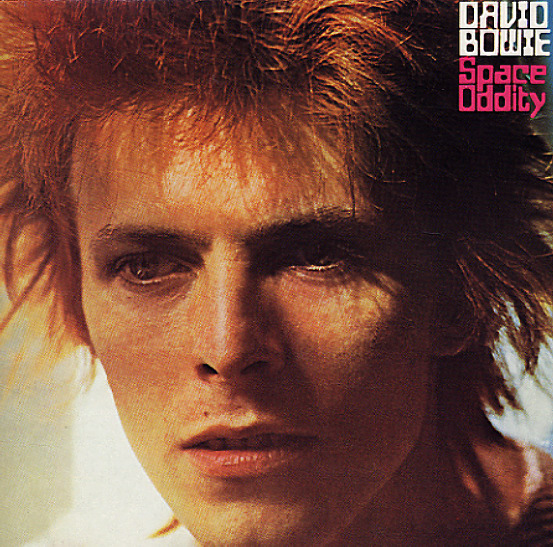 An amazing departure for David Bowie – hardly the kind of record you would expect from his oboe-filled tunes of a few years before – and really the start of the groundbreaking, earthshaking, reinventionist era of his genius! There's a spacious, soaring quality to Space Oddity that's every bit the kind of magical music you might hope for in a set recorded at the close of the 60s – a shift into new modes, new sounds that seem to suck up all the best influences in rock from the previous few years, but fuse it into a new cosmic vision for the next decade. And while others might stumble on cliche with the weight of such a task, Bowie pulls it off brilliantly – mixing his fuzzier feelings with some of his more personal leanings – and showcasing a newly deep sense of songwriting here that's really amazing. Some tunes have the sensitivity of work on Hunky Dory, while others burn with the fire of Man Who Sold The World – all in a balance that never sounds schizophrenic at all. Titles include"Space Oddity", "Memory Of A Free Festival", "God Knows I'm Good", "Cygnet Committee", and "Unwashed & Somewhat Slightly Dazed". Really great pressing, too – with bonus tracks "Conversation Piece" and "Memory Of A Free Festival (parts 1 & 2)".  © 1996-2021, Dusty Groove, Inc.
(Out of print – with great bonus tracks!)