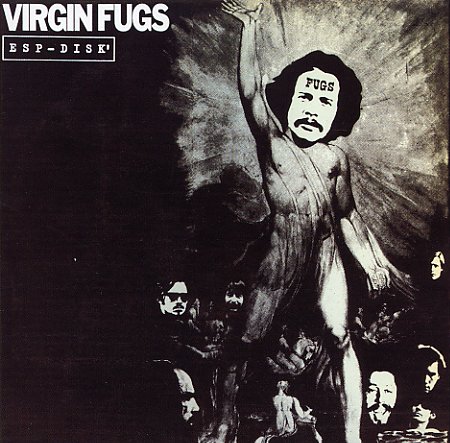 Incredible early recordings by The Fugs – a set that captures the group at a time when they still had tremendous power and potential! The sessions were originally done for Folkways, then later sold to ESP – in a story that's painfully detailed in the liner notes – and the spare, earthy Folkways approach is perfect for the group, capturing them in a setting that's more of a happening than an actual recording session – a freewheeling hippie-esque party that's perfect for the protest and politics of the songs. Instrumentation includes a lot of hand-held percussion – maracas, tambourine, etc – and the Holy Modal Rounders join the group on some songs as well. Titles include "Saran Wrap", "We're The Fugs", "Caca Rocka", "My Bed Is Getting Crowded", "New Amphetamine Shriek", and "CIA Man".  © 1996-2022, Dusty Groove, Inc.
(Mono pressing. Cover has some wear and aging, with clear tape holding the seams, and a small name in pen in back.)

Indian War Whoop
ESP, 1967. Near Mint-
LP...$33.99 38.99
Some of the most tripped-out music ever from The Holy Modal Rounders – and that's saying a lot, given the nature of the group! This unique early album on ESP features two side-long tracks – both of which are mini-suites of sort, and filled with odd sounds, weird themes, and a strange ... LP, Vinyl record album