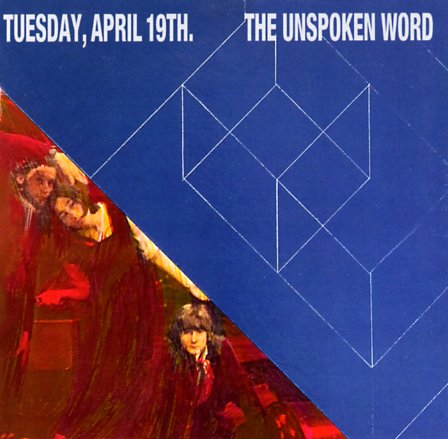 Prime psych folk material from Unspoken Word – a late 60s combo that blends acoustic and electric grooves, and a spiritual lyricism – with the free flowing adventurous in the sophisticatedly crafted tunes! The core group is just vocals, guitar, bass, keyboard and drums – the songs are arranged as kind of moody little suites that build from intimate, even minimalist parts into a more grand approach with additional choral vocals and busier electric bits. Groovy and melodic psych folk tunes! Titles include "Anniversary Of My Mind", "For The World", "Waking Up", "Moving Day", "After The Badge", "After The Before", "Distant, Oh So Far", "Rossby", "Flock Of Birds", "Sunday Suit Of Clothes", "We're Growing" and more.  © 1996-2021, Dusty Groove, Inc.
(Stereo black label pressing. Cover has an ink promo stamp and light wear.)