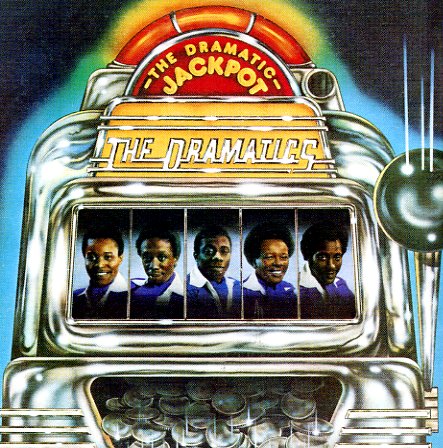 One of the Dramatics' best albums, and a real masterpiece of 70's group soul! The style here is a bit different than the group's previous records for Stax – maybe a bit tighter, with sweet arrangements – but these fantastic vocals that cut through everything and grab you to your core – a bit like the way The Dells could always sound amazing in the 70s, no matter what the setting! The approach really takes the group up to the next level – with fantastic vocals from Ron Banks and LJ Reynolds, and superbly sophisticated sounds from the Detroit Groovesville crew. Titles include "I Dig Your Music", "How Do You Feel", "Thousand Shades Of Blue", "I Cried All The Way Home", and "Good Things Don't Come Easy".  © 1996-2021, Dusty Groove, Inc.
(Cover has light wear and a lightly bumped corner.)

Ray Charles & Betty Carter
ABC, 1961. Very Good+
LP...$14.99 (CD...$4.99)
A classic album of soul duets – and one of the deeper records cut by Betty during the 60s! The arrangements are by the great Marty Paich, and although there's some singers in the background, the overall sound is still pretty nice and soulful. Betty's high voice works well with Ray's raspy ... LP, Vinyl record album