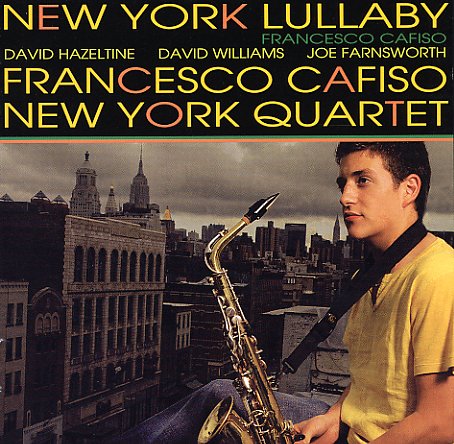 Great work by a relative newcomer – alto saxophonist Franceso Cafiso, recorded here in a wonderful setting with backing by a trio that features David Hazeltine on piano, David Williams on bass, and Joe Farnsworth on drums! The album's got the strength of spirit of some of Hazeltine and Farnsworth's recent work for the Japanese Venus label – a style that's almost a return to classic jazz recording from the 50s and 60s, yet which also opens up with a warmer sound and a range of longer tracks that really expand the soul of the record. Cafiso's tone is warm and well-blown – never too overly-adventurous, but very well placed in the context of the strength of the trio. Titles include "Reflections", "Estate", "What's New", "Speak Low", "Imagination", "Lullaby Of Birdland", and "My Old Flame".  © 1996-2022, Dusty Groove, Inc.
(Out of print, includes obi.)